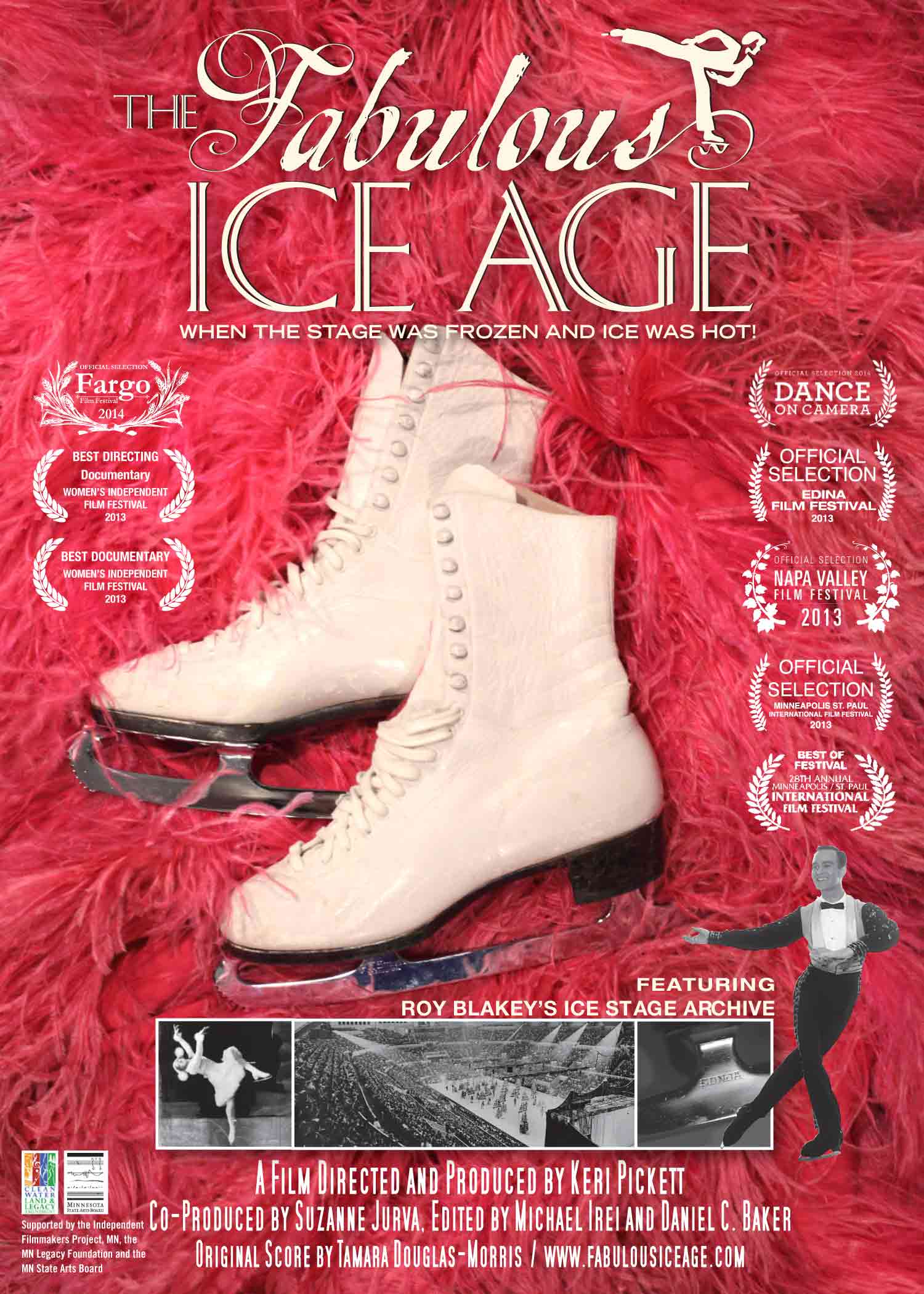 Highly Acclaimed Film by Minnesota Filmmaker to Debut on TPT

Minnesota filmmaker, author and photographer, Keri Pickett’s “The Fabulous Ice Age” chronicles the era of the great American touring ice shows revealing how they dominated family entertainment for decades, while changing the lives of skaters and audiences alike, and eventually exporting American culture around the world.

The film also looks at one skaters’ quest to keep this history from being forgotten:

Among the featured skating stars are Pickett’s uncle Roy Blakey, who was the inspiration for the film and the curator—collector of the IceStage Archives, a 28,000-plus memorabilia collection that the former professional ice skater amassed in his 70 years of collecting. The movie notes his quiet quest to keep this history from being forgotten.

At age 86 Roy Blakey is still a vibrant character working on the IceStage Archive and still in search for a permanent home for his collection.

The movie chronicles the era of the great American touring ice shows — the many colorful predecessors of the current Disney On Ice shows and others — while capturing how the dazzling production numbers and variety acts dominated family entertainment for decades in the U.S. before being exported around the world, even at the height of the Cold War.

“I’m delighted that ‘The Fabulous Ice Age’ is now available for TPT viewers, which will give them the opportunity to discover this rich cultural and historical niche that many know nothing about,” Pickett says. “And it may help us find a deserving home for Roy’s amazing archives that inspired the movie in the first place.”

The film features pioneers such as the legendary1940’s Norwegian Olympic skating champion Sonja Henie who went on to fame in Hollywood, plus other impresario’s like Tom Collins and Kenneth Feld and more contemporary skating stars and unknown greats.

Said the Star Tribune of the movie’s historical and artistic reach: Vintage clips give Keri Pickett’s documentary a dreamlike quality as she lovingly presents a host of characters, from ice-show icons Richard Dwyer and Gloria Nord to Olympians Dick Button and Scott Hamilton.”

Keri Pickett, Filmmaker and her inspiration for Fabulous Ice Age, Roy Blakey, in the IceStage Archives