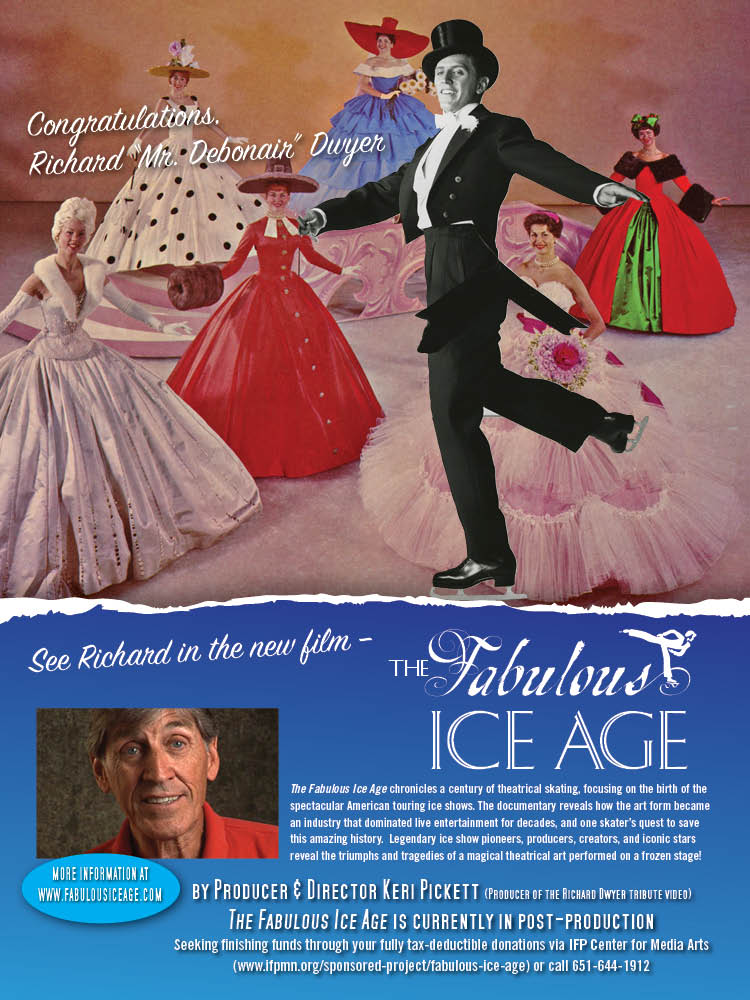 Okay this is a big day as the poster for the film is finally ready. For some reason the design for the poster was difficult and we have been through a number of concepts that didn’t work. The programs and the beautiful posters for the shows really tell the story but simplicity is key for a poster design and every design we tried ended up looking to cluttered. The film covers a century, so the pictures need to bring us back in time, but the poster image still has to be exciting for today’s viewer.

Roy Blakey’s IceStage Archive holds the key to the film and same with the poster. After a conversation with Kevin Brown at Smart Set about ice skates being the universal symbol for the shows – it became clear – photograph Sonja’s skates! Since Roy just so happens to own a pair of Olympic champion Sonja Henie’s skates – that made the decision really easy. I knew right away that I wanted the skates with her beautiful cape. First, hot pink is one of my favorite colors. Second, beads and feathers are the symbol for the glamour of the ice shows history and so ta da! I combined Sonja Henie’s skates with her fabulous pink-feather capes and tada!!! That’s showbiz! Sonja is on the cover and yet she isn’t. Other films have been made about Sonja – I included her because she is the one who really made the business as her Hollywood fame spilled over onto the other shows of the time and the ice shows were the biggest thing to come into town – but it isn’t all just Sonja! This the ice show world!

So I hope you like the poster! This is really an exciting time as all the pieces are starting to fall into place!